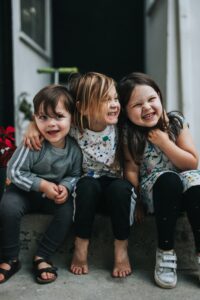 Once people are divorced or separated, the biggest source of contention is negotiating the co-parenting schedule. This is also known as child custody. Even if parents agree that they would like to share 50/50 custody, nailing down the nitty, gritty details can prove to be tricky. How should parents tackle the child custody mediation, as well as deal with it as an ongoing matter?

One of the most important aspects to negotiations are the preparations prior to that. Each parent should consider what they feel is in the child’s best interest prior to the child custody mediation. Granted, it may not be the same answer for each co-parent, but it is nevertheless an important consideration. Once they have thought this through, they should also begin to consider what is a feasible schedule for themselves.

The 2-2-5-5 is similar in that it is also a two-week rotation. However, it allows children to be with one parent for a slightly longer duration. They are not going back and forth between their two homes so frequently. In this particular rotation, the children will change homes four times in two weeks. The 2-2-3 rotation requires that the children change homes six times in two weeks. The 2-2-5-5 variation would look something like this: Monday, Tuesday with parent one/Wednesday, Thursday with parent two/Friday, Saturday, Sunday, Monday Tuesday with parent one/Wednesday, Thursday, Friday, Saturday and Sunday with parent two. With this variation, both parents get to have weekends with the kids and it allows for long-weekend getaways and trips.

Each parent should consider what their own interests are in addition to the best interests of their children. They should also consider what the other parent’s interest may be, if they cannot find out prior to negotiations. If parents can dig really deep to discover each other’s interests in their request for a specific schedule, it helps them to align and can make coming to an agreement much easier.

Co-parents can negotiate these issues fairly easily during child custody mediation. Some parents simply agree to alternate the holidays. Others might just say that these are not as important and the parent who has custody with the kids will get to have them during the holidays that fall on custody days.

Sometimes, co-parents can negotiate longer weeks during the summer, in order to allow for family vacations to take place. Some parents decide to play this by ear and plan it as each summer draws near. Other parents want something more formal, so they may negotiate a totally different summer custody schedule.

It is quite common for parents to request the right of first refusal. This means that if the custodial parent is unable to watch the children, they are obligated to ask the other parent before hiring a babysitter. The nitty, gritty details of this might include the minimum amount of time that a parent is unable to watch their children before asking the other parent. For example, does the custodial parent need to ask the other parent if they have to be away for only 15-30 minutes? Is the minimum amount of time a mere 10 minutes or is it one hour?

And related to this issue, are both parents comfortable with each other choosing or hiring a caregiver, or do both parents need to weigh in? Finally, how much advance notice would they ideally like from one another? These are sticky issues that co-parents may not think about at first but do tend to cause conflict if not decided upon ahead of time.

This may not be a comfortable topic, but co-parents should discuss and decide upon some guidelines prior to it happening. They should discuss timelines that are comfortable for both sides and whether they want to meet the other person’s partner before they are introduced to the children.

Once each parent has considered what might work for them, they can hire a mediator to help guide them through the child custody mediation. Typically, if child custody conversations tend to get heated, the amygdala gets triggered and shuts down any ability to problem-solve. A mediator can help keep the conversation productive and amicable. If there is disagreement, a good mediator can help parents hear each other about their rationale for requesting something specific. Mediators can also ask questions that parents may not inherently know to ask one another, thus breaking impasses, should they arise, or ensuring that all issues are covered and agreement on all child custody issues.

Child custody plans can change each year based on school and after-school activities, as well as the employment situation of each parent. As children grow older, their needs also change, so it is wise to revisit the co-parenting plan each year or two, to make sure that the co-parenting plan in place is still serving everyone well. Parents who are amicable should not have trouble adjusting the plan. Many may even just do an adjustment verbally. However, if parents are hostile with one another and have a history of on-going conflict, it may be wise to enlist the help of a mediator. The mediator can help high-conflict co-parents get to a resolution as amicably as possible.